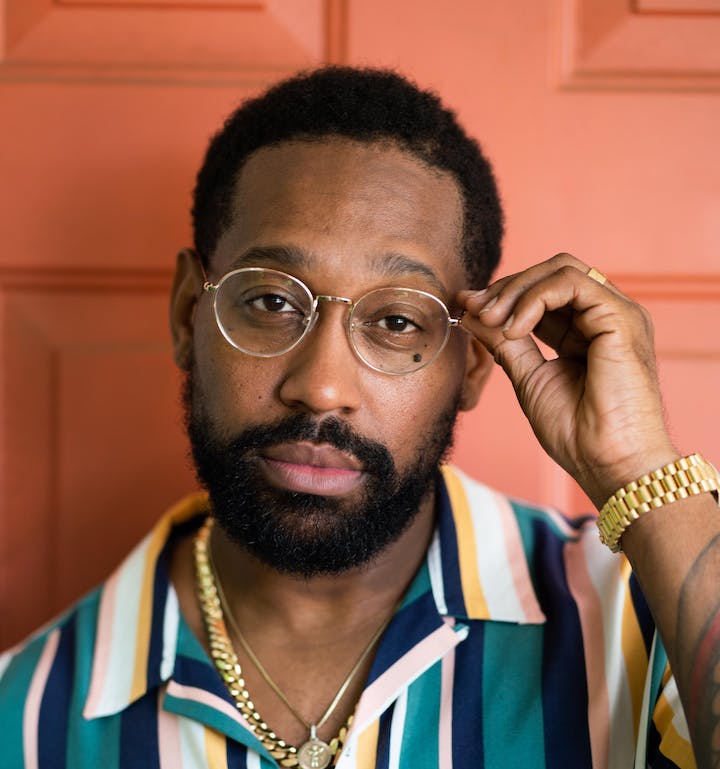 Bio: “Everybody calls me PJ,” says GRAMMY-winning solo artist and Maroon 5 keyboardist PJ Morton, “but I came into this world as Paul. That struck me as the perfect title for this album because Paul is the purest form of who I am, and that’s exactly what these songs are. They’re the most honest expression myself and my art I’ve ever made.”

Recorded at Morton’s own studio in his native New Orleans, ‘PAUL’ is indeed a work of self-reflection, but more than that, it’s mirror held up to the rest of us, a powerful reckoning with modern America that’s unafraid to ask the tough questions and illuminate the difficult truths at a time when we need to hear them most. There is joy in Morton’s music, to be sure, but much like the gospel songs he grew up on, it’s tempered here with a recognition that there is pain in this world, too, and that we all share in the responsibility to lift our brothers and sisters up towards a better tomorrow. Fueled by a blend of old-school soul and vintage R&B that’s infused with 21st century pop and hip-hop sensibilities, Morton’s songs focus on love and hope, but they pull no punches, celebrating the lasting power of pride, determination, and success while simultaneously calling out the cruelty of injustice, oppression, and prejudice. The result is a timely record, but also a timeless one, an ambitious and profoundly moving statement from a visionary writer, performer, and producer.

‘PAUL’ builds off the success of 2017’s, ‘Gumbo,’ which found Morton embracing his Louisiana roots and collaborating with special guests including BJ the Chicago Kid and The Hamiltones. Hailed by NPR as one of the year’s most noteworthy R&B albums, the record debuted in the Top 10 on the Billboard Heatseekers chart, garnered a pair of GRAMMY nominations, and racked up more than 15 million streams on Spotify alone. Invigorated by the album’s reception, Morton returned the following year with ‘Gumbo Unplugged,’ a live reimagining of the record that prompted another three GRAMMY nominations (including a win for Best Traditional R&B Performance) and landed him interviews and performances everywhere from The Daily Show and CNN to The Tonight Show and the NPR Tiny Desk. The New Yorker praised Morton’s “buttery-smooth vocals,” while BET raved that he had “the soulful, passionate taste that R&B yearns for,” and Offbeat hailed him as “a once-in-a-generation talent” in a 2018 cover story.

On top of his remarkable musical resume (which includes serving as music director for Solange and running his own record label in addition to his solo career and extensive work with Maroon 5), Morton also works as a community advocate in New Orleans, most recently leading the campaign to save the former home of jazz pioneer Buddy Bolden from demolition and raise funds to convert the space into a museum and recording studio with a focus on fostering the next generation of local artists.”