Watkins Family Hour at The Toby in Indianapolis on Sunday, September 18, 2022!

As part of that reflection, Watkins Family Hour is releasing its third studio album Vol. II. The collection features a number of longtime friends of the show joining Sean and Sara across 11 tracks that encapsulate where Watkins Family Hour started, how the project grew and where it could be headed in the future. Guests on the album are Fiona Apple, Jon Brion, Jackson Browne, Madison Cunningham, Lucius, Gaby Moreno, Benmont Tench and Willie Watson.

“During the pandemic, we crossed the 20-year mark,” Sara says. “And we wanted to celebrate that. I am kind of amazed that we’re still doing it. It doesn’t feel like it’s been 20 years. But when I think about the number, I think, ‘Wow, there were so many transitions that happened in that period where the Family Hour work could have just petered away. And we kept choosing to do it.”

Vol. II follows the band’s sophomore album Brother Sister, which they released as the COVID-19 pandemic began taking hold of the globe and, in turn, shut down the live music industry. That record was, serendipitously, a quieter affair, showcasing the musical interplay between Sara and Sean that keeps the Family Hour heart beating. In many ways it’s also a successor to Watkins Family Hour, the self-titled 2015 album that introduced the band to a broader audience and sent them, along with some of their closest collaborators, out on the road to tour.

Sean and Sara recorded Vol. II in January of 2022. The siblings and their guests recorded the entire LP in just three days, decamping at the historic East West Studio in Los Angeles with producers David Boucher and Tyler Chester. While plotting the project, the pair had a deep roster of past Family Hour guests to choose from, a process that also contributed to song selection for the album.

“A lot of the strategy was marrying the songs to the guests that we wanted to be part of the record,” Sara says. “So we knew, for example, that Willie Watson was somebody who we wanted to have on the record, because we have such a long history with him specifically. So we did the Jim and Jesse song ‘She Left Me Standing on the Mountain’ with Gabe Witcher and Willie, who are both part of the foundation of the Family Hour.”

Vol. II opens with “The Way I Feel Inside,” a Zombies song Sara and Sean reimagined alongside indie pop band Lucius. Sean plays a rubber bridge baritone guitar on the track, adding a percussive, melodic structure for the group’s heavenly vocal harmonies to float through, with the low richness of Sara’s violin offering striking counterpoint to one of her more dynamic vocals.

Frequent collaborator and, as Sean puts it, “Largo mascot” Jon Brion joins the group on the Ernest Tubb song “Thanks a Lot,” taking the twangy heartbreak of the original and marrying it to Brion’s eclectic, virtuosic musical vision, with a delightfully elastic guitar solo from Brion at the song’s bridge. Fiona Apple, who joined the Family Hour on earlier tours and has been a longtime fixture at Largo, lends her singular voice to Dean Martin’s “(Remember Me) I’m the One Who Loves You,” with honky-tonk piano from Benmont Tench and gossamer pedal steel from none other than Greg Leisz. Madison Cunningham, who appears across the album, joins on Elliott Smith’s “Pitseleh,” a song the Family Hour hadn’t played often but was formative to both Sara and Sean.

Sean and Sara tackle two tracks on their own, the propulsive “Hypnotized,” a song by the art-pop outfit Tune-Yards, and Tom Brosseau’s “We Were Meant to Be Together.” “Hypnotized,” especially, is a testament to the siblings’ ability to make a song their own, as the pair arranged their take on the track on the fly while in the studio recording. Sean’s guitar work is at its finest, creating a moody soundscape atop which Sara’s crystalline, almost mysterious vocal can shine.

The album’s closing track is a reverent take on Glen Phillips’s “Grief and Praise,” complete with an all-star choir of Watkins Family Hour friends and collaborators: In addition to the album’s featured guests, Phillips, Dan Wilson, Joey Ryan, Kenneth Pattengale, Sebastian Steinberg, Ed Helms, Liz Vice and more lending their voices. Lyrically, the song encourages listeners to “sing loud while you’re able, in grief and in praise,” for a song that, while written years earlier, speaks compassionately to the collective grief we’ve all experienced over the last two years.

“It’s a great reminder to appreciate what we have,” Sean says. “And in a way, it encapsulates the idea behind this album, which is appreciating what we have while knowing that nothing lasts forever, but recognizing that, at this point, things are as strong as ever with the Family Hour.”

While Vol. II is certainly a celebration of the show itself, it’s also a tribute to Largo, the beloved Los Angeles venue that first hosted them and is an essential hub of the city’s creative community. “We wanted to capture what we’ve done over the years, but also capture the process that is continually at work, which is this intermingling of the musical community here in Los Angeles that surrounds Largo.”

“Another interesting aspect of the Family Hour is that it enables us to do songs that might be overdone,” Sean adds. “’Tennessee Waltz,’ with Benmont Tench, is a beautiful song, but we’re not going to go to the Station Inn in Nashville and play it. But at Largo, it’s a whole different thing.”

As both Sean and Sara continue to work on their own solo music, as well as with their other bands like Nickel Creek and I’m With Her, Watkins Family Hour remains an invaluable resource and respite for them both, offering a familiar but ever-evolving space to test new ideas, meet new collaborators and, most importantly, have a good time doing what they love.

“It’s been really exciting to be part of this thing that is happening and growing and enables us to dig deep into this musical community” Sean says.

“The consistency has been invaluable to both of us, as musicians.” Sara adds, “But also, in life, the Family Hour has been and continues to be a huge part of making us feel anchored in the crazy city of Los Angeles.” 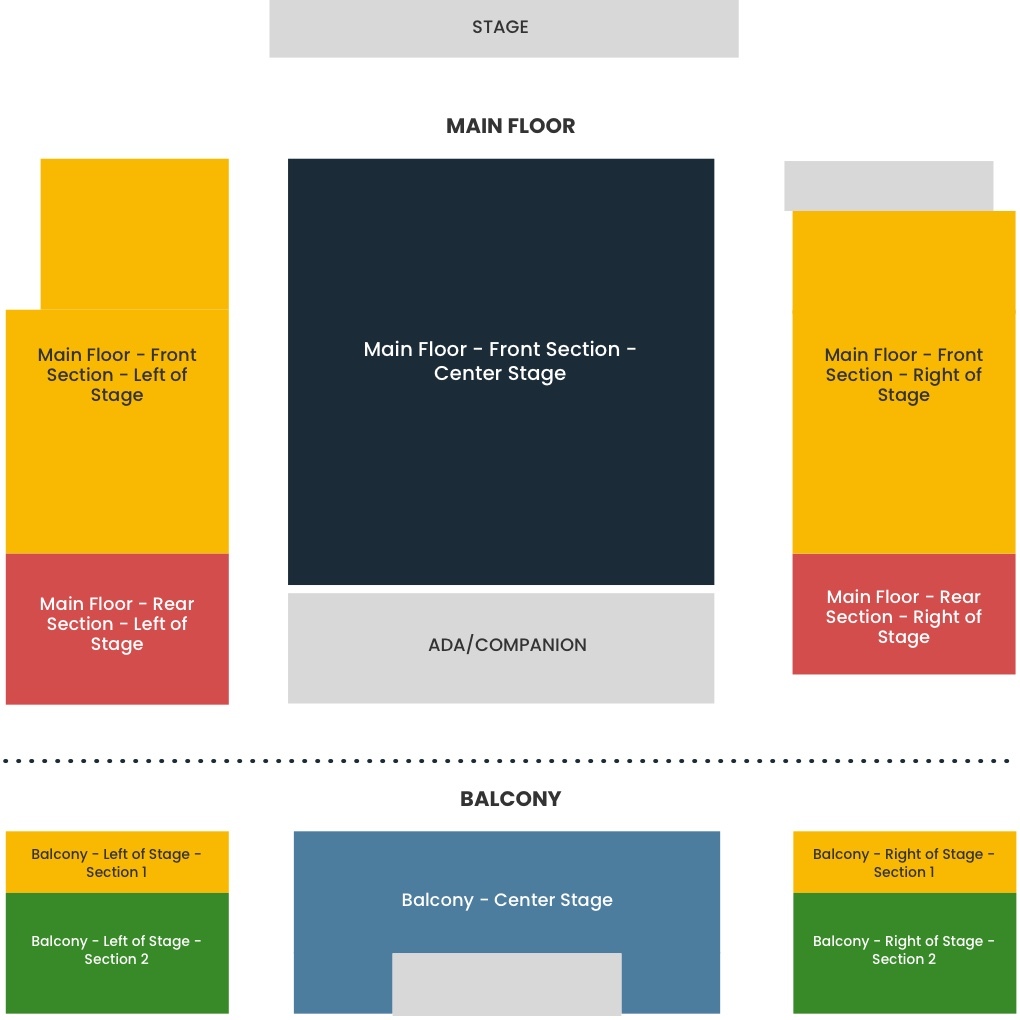 PLEASE NOTE:
THIS SHOW IS ALL AGES AND TAKES PLACE AT THE TOBY THEATER AT NEWFIELDS. NEWFIELDS IS LOCATED AT 4000 N. MICHIGAN ROAD, INDIANAPOLIS, IN, 46208. ALL TICKETS ARE NON-TRANSFERABLE AND NON-REFUNDABLE.