With Sophia Boro $39.50 to $45
Artist Page
The Mountain Goats w/ Sophia Boro at The Vogue

About The Mountain Goats:

At last it can be told: the story of how, when the Mountain Goats got together in early March, 2020, it was to make not one album, but two. That’s how many keepers our superhumanly prolific frontman, John Darnielle, had come up with since we’d recorded In League With Dragons in Nashville back in 2018.

The idea this time around was to work with Matt Ross-Spang, the dashing Memphis wunderkind who’d engineered that album and charmed us all with his gentle wit and old-school savoir-faire. (It’s hard not to be won over when you go to record a part and the voice coming through the headphones drawls, “You ready, Bubba?”) Matt’s pitch was for us to spend a week at Sam Phillips Recording, his home base in Memphis, followed by another at the equally storied FAME Recording Studios down in Muscle Shoals, Alabama, a plan that dovetailed nicely with John’s notion of corralling these songs into two complementary batches, a sort of yin and yang, one light, one dark. The Memphis album—Getting Into Knives, which came out last October—would be brighter, bolder, marked by rich and vibrant hues; the Muscle Shoals one—Dark in Here, set for release on June 25—quieter, smokier, but more deeply textured and intense. Something like that, anyway.

It’s funny looking back on it now. I remember driving down to Memphis on the last day of February and definitely being aware of this “coronavirus” story on the horizon. We’d been hearing about it for weeks. But the big thing I was thinking about? The possibly world-changing event on my radar? Don’t laugh. It was Super Tuesday. The Democratic primaries. Like, “Oh man, we’re gonna be in the studio working when Super Tuesday happens! How crazy will that be?”

Literally a year and a week ago as I write this. What children we all were!

By the time we got to Alabama, it was clear that the ground around us was quickly shifting, and that the world to which we’d be returning afterwards would be an unrecognizable one. But the studio, even during completely ordinary times, is a singularly immersive thing. You’re basically in a bubble with a handful of your closest friends, working 12 hours a day, so focused on the task at hand that most of the time you forget that the outside world even exists. So it wasn’t a huge leap to go from being—to borrow the Hold Steady’s phrase—sequestered in Memphis to finding ourselves effectively, in the moment’s suddenly ubiquitous parlance, quarantined in Muscle Shoals.

We were all, of course, well aware of the mythos surrounding FAME before we arrived. I’d recently rewatched the Muscle Shoals documentary, and heard Bono intoning profoundly about “the music in the river” and how the songs “came out of the mud,” and indeed when we went down to the shore of the majestic Tennessee across from where we were staying, there actually was a busted old reel of magnetic tape sitting there amongst the rocks. “Guys! Guys! I found one of the songs!”

What you don’t get from the movie is that while FAME might one day have been surrounded by cotton fields, it today sits between a CVS and a Pizza Hut. No matter. The second you step inside the building you enter a genuine time capsule, transporting you instantly if not to its early ’60s origins and heyday then to its louche mid-’70s after-party. The vibe is completely authentic and very, very palpable. The room we set up in is the room where Percy Sledge sang “When a Man Loves a Woman,” where Etta James tracked “Tell Mama,” where Aretha Franklin recorded “I Never Loved a Man (The Way I Love You).” The Wurlitzer with which Spooner Oldham opens the last? It’s sitting right there. It’s been sitting there since 1967.

Matt made sure that Spooner Oldham was there, too. Spooner is living musical history, having played with everyone from Bob Dylan and Neil Young to Linda Ronstadt and Liberace, for crying out loud. Seriously, look up his credits, they’re insane. People who’ve worked with Spooner invariably describe him as “a trip,” and when you meet him you see why. He’s affable, a little spacey, full of unbelievable stories, and he never plays the same part twice. Spooner is all over Dark in Here—any time you hear a bit of Hammond organ or electric piano chiming in without repeating a phrase, that’s probably him.

We tracked the album’s one outright banger, “The Destruction of the Kola Superdeep Borehole Tower,” live with him, and “Mobile” and “Dark in Here” with Spooner and fellow ringer, the guitarist Will McFarlane—another local veteran, he played with Bonnie Raitt for years. We’ve been playing together as a band long enough to have developed a degree of musical telepathy, but listening to these two guys responding in real time to us and each other revealed another level of connectedness altogether, one bordering on the supernatural. We ran through most of these songs three times; I’m pretty sure the performances of “Mobile” and “Dark in Here” you’re hearing are both second takes. Crazy.

One of my quarantine projects after getting home was going back to Moby Dick and actually finishing it for once, and I was amused to encounter early on the retelling of the story of Jonah. If Melville gives it to us as a fiery 19th century New Bedford sermon, what “Mobile” offers might be understood as Father Mapple’s modern-day Gulf Coast flip side, the breeziness of McFarlane’s electric guitar and Matt Douglas’ accordion belying its protagonist’s guilty conscience. The sinister “Dark in Here” presents no such ambiguity, with Spooner’s Hammond and Will’s whammy-bar Telecaster inflating the narrator’s spider-hole revenge fantasy to widescreen spaghetti-western proportions.

We only had Spooner for two afternoons, though, and Will for just one, which accounts for one of the big differences between this album and the one we made in Memphis, where our core was rounded out with guitarist Chris Boerner and pianist Bram Gielen. Here it was just the four of us: John playing acoustic guitar and occasional piano, the rhythm section of drummer Jon Wurster and myself, and our jack-of-all-trades utility man Matt Douglas (master of woodwinds, as it happens) picking up everything else. The result is something more stripped down and intimate than the rather more lush arrangements of Getting Into Knives.

There was, of course, calamity unfolding all around us as we made the album. I don’t remember what day it was—maybe when they suddenly cancelled the NBA season? Like, the day after the guy jokingly wiped all the pressroom microphones with his hand?—but I vividly recall waking up one morning and texting my wife that we might want to think twice about any nonessential household spending, as it was looking increasingly unlikely that I’d be going on tour in May after all. Like I say, we were pretty insulated in the studio, but our phones still worked, and I think you can hear the mounting sense of ambient panic manifest in the unpremeditatedly unhinged outros of “Slow Parts” and especially “Lizard Suit.”

Album closer “Let Me Bathe in Demonic Light” was the last song we tracked, at the end of what had become an emotional couple of weeks. Like a lot of John’s lyrics, its mixture of specificity and ambiguity makes it easy to read one’s own story into it, and as we played I couldn’t help but hear its call to community—“Who’s coming with me?”—as describing us, and our “preordained place” being there, together, in that moment. Listening now, that coda strikes me as a giant exhale—all of the uncertainty and dread we’d individually been trying to keep a handle on released in one great collective heaving sigh. I drove back home on Sunday, March 15. There was no school or work for my wife or kid that Monday, and wouldn’t be again for a long while.

What does John say in the liner notes? “A moment in time.” Ha! That it was, my friend.

Half a million dead Americans later, I’m not sure what people will make of this album, to be honest. If it has an antecedent in the Mountain Goats catalog, I’d say it’s Get Lonely, the similarly restrained 2006 album that it took people a while to find their way into; producer Scott Solter memorably called it at the time “a root fire of a record.” One of the words that John used when we were talking about the direction for Dark in Here was “wild,” which I liked a lot. Not wild in the sense of abandon—these aren’t those kind of songs. But wild in the sense of something undomesticated, untamable. Wild like the immutability of nature, the way it will take back any piece of untended space as its own, whether amidst the AutoZones and Chick-fil-A’s of Muscle Shoals or among the ruins of a scientific outpost on the Kola Peninsula. Wild like the whale; like a powerful animal. Or a virus—the beast that awakes, emerges from a forest, and stops the world. You can fight the calamity all you want, but either way, it’s going to demand your surrender. 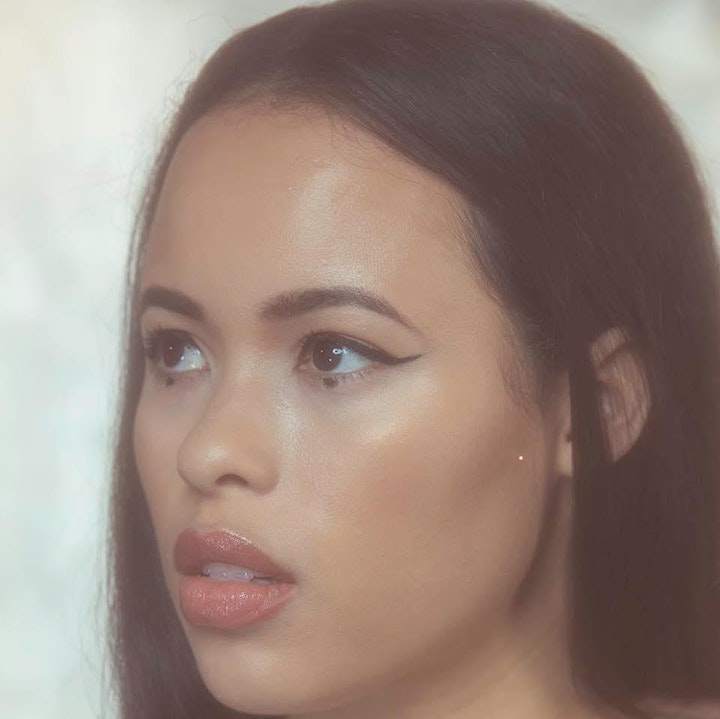 A classically trained violinist with roots in the theater, Sophia Boro has an affinity for the melodramatic and romantic. Her poetic lyrics are laced with metaphors and intricate stories, while her unique and sultry vocals lend to a 90’s-esq folk-rock sound, often compared to Fiona Apple. Boro combines the authenticity of southern roots with whimsical folk rock and the vulnerability of soul, together creating something that is both brand new and nostalgically familiar. She credits finding her voice and jump starting her career to the city of Lincoln, Nebraska, where she attended the University of Nebraska-Lincoln. The city welcomed her with an inclusive hometown feeling, creating a space to be comfortably honest with her craft. It wasn’t long before Boro picked up a guitar and wrote her first song. Now based in Nashville, TN, Sophia released her debut single “I Figure Now” (prod. Rob Arthur, keyboardist for Peter Frampton). The single is the first of many, with more produced by Rob Arthur, and others by Ian Miller (keyboardist for Brett Eledredge). Remaining independent, Boro has cultivated a supportive community in Nashville and looks forward to more collaborations and live performances in 2020.