“That was my mission on this album: To really set these songs up so that they have a life of their own,” says Samantha Fish about Kill or Be Kind, her sixth solo album and her debut on Rounder Records. “Strong messages from the heart – that’s what I really set out for.” Indeed, what comes across immediately on hearing the album is the extraordinary level of songcraft on its eleven tracks, the way these songs are so smartly put together to deliver a potent emotional impact.

Anyone who has ever heard Fish’s previous albums knows that she has earned a place in the top rank of contemporary blues guitarists and that her voice can wring the soul out of a ballad and belt out a rocker with roof-shaking force. And, rest reassured, those virtues are fully in evidence on Kill or Be Kind. But each of the songs on the album does far more than simply provide a setting for Fish’s pyrotechnics. They tell captivating stories, set up by verses that deftly set the scene, choruses that lift with real feeling, and hooks that later rise up in your thoughts, even when you’re not aware that you’re thinking of music at all. It’s the kind of songwriting that emerges when raw talent is leavened by experience and aspiration, and when a committed artist genuinely has something to say. Those qualities make Kill or Be Kind a genuine artistic breakthrough for Fish.

“I think I’ve grown as a performer and as a player,” she explains. “I’ve become more respectful of the melody. You can go up and down the fret board and up and down your vocal register, but that’s not going to be as powerful as conveying a simple melody that people can really connect to and sing themselves.” To help bring those elements to her music, Fish sought out high-quality songwriting collaborators – the likes of Jim McCormick (who has worked with Fish before and also written for Luke Bryan and Keith Urban); Kate Pearlman (who has worked with Kelly Clarkson); Patrick Sweeney; Parker Millsap; and Eric McFadden. The result is an album on which each song is distinct, but the complete work hangs together as a coherent, entirely satisfying statement. “When you get to this point in your life as an artist,” Fish says, “it’s good to work with others, because it makes you stretch. I think you hear a lot of that nuance on the record, songs that have a pop sensibility to them, hooks that really pull you in.”

To make Kill or Be Kind, Fish chose to work at the legendary Royal Studios in Memphis, with Scott Billington as producer. “I worked at Royal before, when I made my Wild Heart album,” she says. “The soul in the walls, the vibe – you can feel it in that place. I’m such a fan of Al Green, Ann Peebles and all the classic recordings that happened there. Memphis just kept calling to me. I’ve always felt so inspired there.” As for Billington, a three-time Grammy winner, Fish appreciated both his open-mindedness and his willingness to ease her out of her comfort zone. “Scott allowed me to see the building-out process of the album all the way through, from the top to the bottom,” she says. “Bringing in background singers and synthesizers, which I’d never done on an album before, that added an extra edge. Honestly, it was a challenge. It pushed me to think about the songs differently. That trust from my producer gave me the freedom to really take some risks.”

Having completed an album that she believes in so strongly – “This is me coming through, my personality,” she says – Fish is eager to bring it to the world. “I got the moon in the back of my mind, and I want to shoot for it!” she declares. “I want to reach over genre lines and get out to as many people as possible. This album is so broad – and it’s all me. So I’m just hoping it catches people and appeals to them.”

She concludes, “Overall my big goal, career-wise, is to contribute something different and new to music. I want to give something that stands apart and yet is timeless.” With Kill or Be Kind, Samantha Fish is well on her way along that path. – Anthony DeCurtis 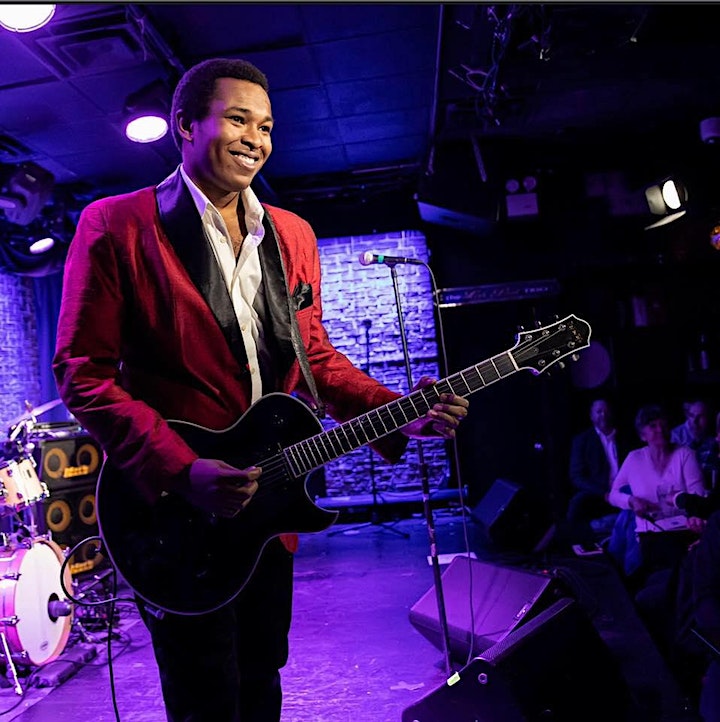 King Solomon Hicks, the 26-year-old guitar phenom from Harlem, New York is an American guitarist, vocalist, songwriter and composer. He has invested in music from a very young age and started playing guitar at just six years old. Growing up in Harlem he was constantly surrounded by music. Hicks witnessed performances that made a significant impact on his ambitions as a musician and he says: “When you’re around good musicians, it gives you that spark. “Being around those types of musicians also taught me to NOT be the fastest guitar player I wanted to be the one who knew the most riffs and drew on a lot of knowledge so I could play anything, and with anyone. Solomon won the 2021 Blues Music Awards for Best Emerging Artist for his 2020 CD release, Harlem on Provogue Records. The set, produced/recorded by multiple Grammy Award winner Kirk Yano (Miles Davis, Public Enemy, Mariah Carey), showcases Hicks as a writer, player and interpreter. He was WXPN’s “Artist To Watch” for August 2020 , His original song “421 South Main” made the Top 20 Blues songs of 2020 on Spotify and the song “What the Devil Loves” gets daily spins on “Sirius Bluesville” Radio. Has performed on KISS Kruise V, Joe Bonamassa’s Blues Alive at Sea [ 2017 &2019]. He’s shared stages with Tony Bennett, Jeff Beck, Ringo Starr, Beth Hart, George Thorogood & the Destroyers, Mavis Staples, Robert Cray and many others.He is a member of the Blues Foundation in Memphis,Solomon has Judged the IBC’s in Memphis [International Blues Challenge]” being a supporter of young Musicians and The Blues Foundation.He paid his own success forward by teaching music for the Children’s Aid Society, working with the Harlem Arts Alliance and the New York City Jazzmobile.