Due to an injury to a band member requiring surgical intervention, the Jamestown Revival show originally scheduled for February 17, 2022 at The Vogue is moving to September 27, 2022. For more information, please refer to Jamestown Revival’s socials and website. Meanwhile, we’re looking forward to seeing you at the newly rescheduled Jamestown Revival show this fall! All previously purchased tickets will still be eligible for the rescheduled show and no further action is required at this time.

Jamestown Revival deliver skillful songwriting, flawless harmony, and intricate fingerpicking on their newest album, Young Man. The project is their first without electric guitars and their first to be recorded in a studio. Jonathan Clay and Zach Chance forged a musical bond as teenagers growing up in Magnolia, Texas. They draw musical inspiration from groups like Crosby, Stills, Nash & Young and The Doobie Brothers, as well as songwriters such as Guy Clark and Townes Van Zandt. With themes like coming of age and settling into an identity, Young Man is envisioned as a collection of songs that should be played all the way through. Sonically, the album evokes the experience of musicians huddled together, singing and playing without headphones or click tracks. Chance and Clay are joined on the Young Man sessions by producer Robert Ellis and the band’s longtime rhythm section of bassist Nick Bearden and drummer Ed Benrock. 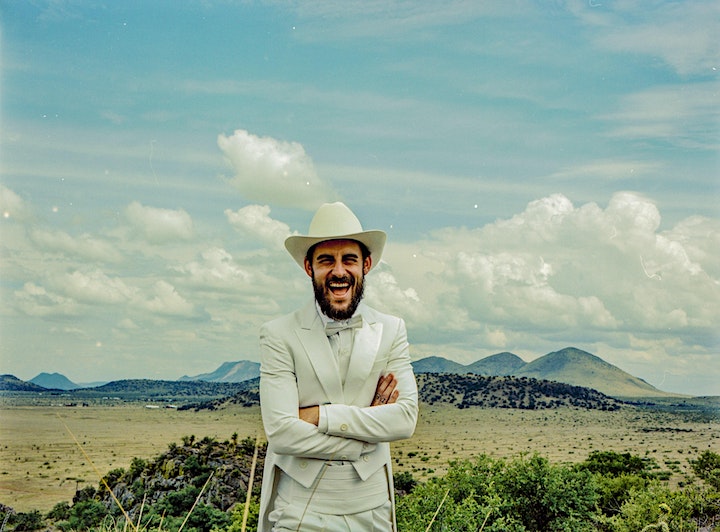 We make a lot of assumptions about people who make songs for a living. Because Robert Ellis and his band were fluent in honky-tonk and capable of burning through dozens of George Jones standards on any given night, he could have found his boots set in concrete. He has instead over the course of now four albums done his best to set wide parameters for his musical expression, befitting a guy from a state nearly 800 miles from one end to the other.

Had we paid more attention, we might’ve seen the Texas Piano Man coming with his white tuxedo and bouquet of yellow roses to hand out to fans. Maybe we made some assumptions about him. After all, Robert Ellis traveled the world for a few years, playing songs and pouring sweat each night into the unforgiving fabric of a lapis-colored western suit with Titan rockets embellishing the sleeves and a space suit-clad Buzz Aldrin standing on the flaps. If rhinestones were truly stars, the stages wouldn’t have needed lights.

Something inside wanted out. Or as one of his bandmates put it: Ellis had to create a character in order to finally be himself on stage. Which brings us to the Texas Piano Man, a character or persona that isn’t made up whole cloth, but rather a large projection of Ellis’ wilder inclinations. A guy who named his publishing company Southern Liberace has embraced the idea of being a Rocket Man from Space City.

“With Texas, people expect a certain thing and they want a certain thing, and I fought that for a long time,” he says. “I’ve realized though that Texas shouldn’t be made a category. I want to redefine what it means to be Texan a little bit.”

This is the Texas Piano Man who made Texas Piano Man, a record that nods at its honky-tonk roots set by a guitarist as he finds more room to roam while playing a stationary instrument and pulls from a tradition set by Billy Joel, Leon Russell and Elton John. Guys who sat at that large stationary instrument, and plinked away at it in a manner that balanced honesty and mythology.