Bio: Huckleberry Funk is a high-powered Funk, R&B, and Soul band originally from Bloomington, Indiana, now residing in Indianapolis Indiana who’s live shows have earned them a reputation as one of the most exciting and entertaining live performances in the Midwest.

With members from Long Island, Indianapolis and Bloomington, Huckleberry Funk has been able to bridge a love for gritty, groove-centric music and perfectly blend it with sultry R&B roots, all while sprinkling in elements of hip hop, rock, and of course Funk.

Even with Funk in their name and the many attempts of pinning themselves to one sonic description, no singular genre does justice the sound of this group. However, after some words of wisdom, this was embraced once it became clear that “Funk” is much more than a genre, but an attitude that can only be used to describe this group’s approach to music. The diverse upbringings and musical styles of each band-member allows Huckleberry Funk to establish meaningful and memorable relationships with every audience they play for.

Any new or returning audience member can expect powerhouse vocals, face-melting guitar solos, a touch of east coast horns, and rock-solid grooves on any given night. One might also be able to expect a somewhat familiar sound, influenced by artists like James Brown, Anderson .Paak, or Miguel, all while still refreshingly original to the core.

Huckleberry Funk has made an impressive premiere into the live music circuit, drawing attention from national acts like The Main Squeeze, Khraungbin, Dumpstaphunk and billboard charting, NOLA favorites, Water Seed. Huck funk continues to fill the rooms of top venues including The Bluebird (Bloomington, IN), The HiFi (Indianapolis), and Rockwood Music Hall (New York City, NY). Continuously writing new music and honing in on their live performances, Huckleberry Funk is rapidly building a loyal fanbase as they transition into a premier national act. 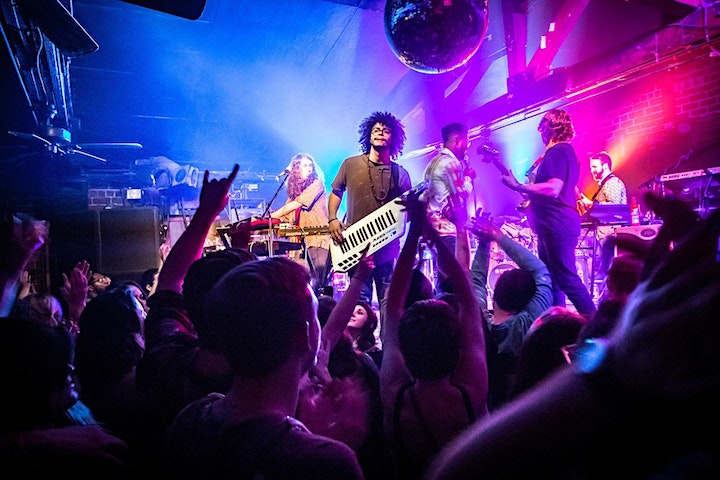