GWAR with special guests Crobot, Nekrogoblikon, and Light The Torch at The Vogue in Indianapolis on Wednesday, September 14, 2022!

When you think of beloved shock-metal outfit GWAR, those words are likely the first that come to mind. And with good reason. Since forming in Richmond, Virginia in 1984, GWAR has not only managed to endure various lineup changes but has become one of the most beloved bands in all of metal. The only thing as sharp as their over-the-top lyrics is their mesmerizing live show which continues to make them one of the must-see, and most memorable acts today.

At a time when bands have become bland, GWAR stand out for their performances and the intimate connection with their fans. Once the lights dim and the curtain rises, fans know what they’re in for: a night of theatrics, storytelling, and humor that’s more Devo than KISS. Their iconic, signature barbaric interplanetary warriors costumes may be what the wider world knows them for, but it’s their shows that continue to resonate with their devoted following.

The push-and-pull between GWAR and their fans creates a visceral experience that continues to add to the band’s legend and legacy, one new tour at a time. Few, if any band, can break down a physical barrier with their audience quite like GWAR. Fluids fly, substances spray and the lust for copious amounts of fake blood [and cutting heads off, of course] leaves audiences thirsty for more.

The mythological nature of their live shows may be at the forefront of people’s minds, but it is GWAR’s meticulously crafted songs blending satire, chaos, and violence, that made them cultural icons.

In late 2020, GWAR celebrated the 30th anniversary of Scumdogs of the Universe, which won them universal praise for their sharps riffs and humor. More importantly, it catapulted them into the mainstream psyche, capturing the eyes and ears of a bewildered public. Though a Grammy would follow a few years later, Scumdogs remains the band’s seminal album. It received a deluxe reissue in October 2020 including remixed and remastered audio by producer Ronan Chris Murphy, as well as an exclusive cassette containing rehearsal demos and previously unreleased tracks.

As for 2021 and beyond, the group has big plans to add to their legacy as they near their 37th year. A much-anticipated new album is in the works, their first since 2017’s The Blood of Gods. They also have a skateboard deck, coffee, CBD, beer, and whiskey, proving the band is bigger than the music: it’s a lifestyle.

A flurry of activity (pandemic-permitting) is on the horizon. So why does the band forge on and the crowd keep coming back? It comes down to one word: fun. Between that and the shock-and-awe of a GWAR show, it’s easy to understand why they’ve endured, but are as popular as they’ve ever been: limitless creativity and blood — a whole lot of it. 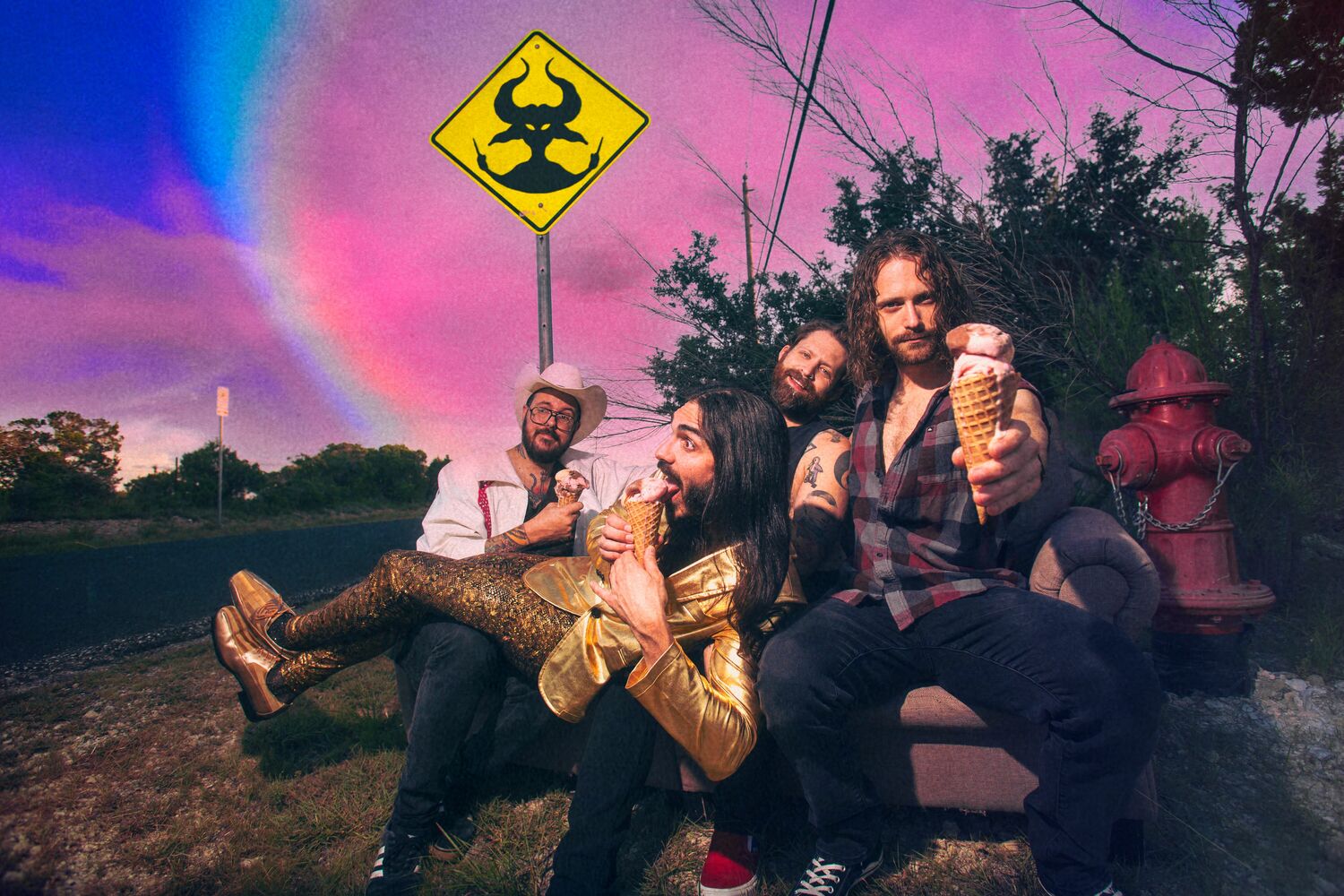 Riff-monsters Crobot conjures up the kind of rock ‘n’ roll that has grooves so powerful they throw you around the room and hooks high enough to shake the heavens. They take the sweet-sounding nectar of the gods and pour it down your throat until you’re wailing along like a banshee.

Feel This is the follow-up to the 2019s Top 10 Heatseekers album Motherbrain – whose cumulative streams have surpassed 30 million. 20 million of which were for the goliath single “Low Life” – a US Top 10 at active rock radio on the Billboard Mainstream with a 29-week run.

“This is the record we’ve been wanting to do ever since we started,” exclaims Brandon. “We’ve always thought of ourselves as a live act,” he continues. “When Jay Ruston described his process of recording, we were beyond excited about getting in and getting our hands dirty. It involved performing live as a unit and finishing all instruments on a song before moving on to the next. We recorded 16 songs in 21 days, which is a feat in itself.”

Feel This is a tale of perseverance. “Through constant struggles, we learn more about what it’s like to be human. Our shortcomings and strengths alike make us a unique species,” Brandon reflects. “Feel This very well may point to our biggest strength of all, our ability to feel emotion (for better or worse).”

Human nature is threaded throughout the album, from volatile relationships [“Dizzy”] to imperfections and learning from mistakes on “Holy Ghost.” Its warbling harmony wraps around the wah-drenched guitar straight out of Seattle; Brandon’s grunge-y wail rings out on the hook, “I am not the holy ghost. I won’t ever save your soul.” There’s “believing in something so much” on “Set You Free,” which spirals towards a seismic crescendo and emotionally charged guitar lead from Bishop.

Around the psyche-digging lyrics, they are never far away from thunderous rock ‘n’ roll. “Electrified” kickstarts the album as a rip-roaring livewire anthem. “It’s your classic rock ‘n’ roll tune about Frankenstein boots and being invincible!” Brandon says. There’s an epic anti-hero tale on “Without Wings,” and then there’s “Dance with the Dead.” Forgetting your troubles over an irresistible groove, the song struts with high-register harmonies and the infectious chant of “Let’s go dance with the dead. They know how to kill it!”

“Golden” is a soaring homage to a god-gone-too soon. “When it came to the lyrics, we collectively wanted it to be a tribute to Chris Cornell,” says Brandon. “We’re so influenced by everything he and Soundgarden have done. We ran with the song in honor of his legacy.”

They made waves with Legend of the Spaceborne Killer [2012], Something Supernatural [2014], and Welcome To Fat City [2016]. However, Motherbrain [2019] represented a high watermark. They’ve crisscrossed the US and the world in road-warrior style, playing with the likes of Anthrax, Black Label Society, Chevelle, Clutch, Volbeat, and more. They’ve lit up festival bills and the annual Shiprocked! Cruise. “We tour the pockets off of our pants and sleep in our van for half of the year. To some, that may seem like misery, but to us – it’s Heaven baby!” the frontman says. Something they highlight in the new song, “Livin’ on the Streets”.

2019 ended with a US tour supporting Steel Panther, and then Covid19 punched the world in the face. As the Global Pandemic descended upon us, Chris and Dan hunkered down in Austin to jam and cut demos, sending ideas to Brandon back in Pennsylvania. 2021 saw the boys enter Orb Studios in Austin with producer Ruston [Stone Sour, Anthrax, Steel Panther]. Since the world has begun to open up, the band has not stood still. Rat Child EP was released last summer and featured a mighty cast of Frank Bello [Anthrax], Howard Jones [Light The Torch/ex-Killswitch Engage], and Stix Zadinia [Steel Panther]. They’ve also headed out on headline tours, played ass-kicking performances at festivals such as Rocklahoma, Aftershock, the Jericho Cruise, and supported Halestorm.

You’ll feel rock ‘n’ roll comes to life in Crobot’s hands. “We never want to make the same album twice,” Brandon leaves off. “There is something for every Crobot fan out there as well as newcomers. At the same time, we’re having fun. We want to be taken seriously, but not too seriously—because this is monkey hour after all.” “That’s the fucking line right there,” agrees Bishop. “We want you to walk away smiling. If I can make you smile, I’ve done my job.” 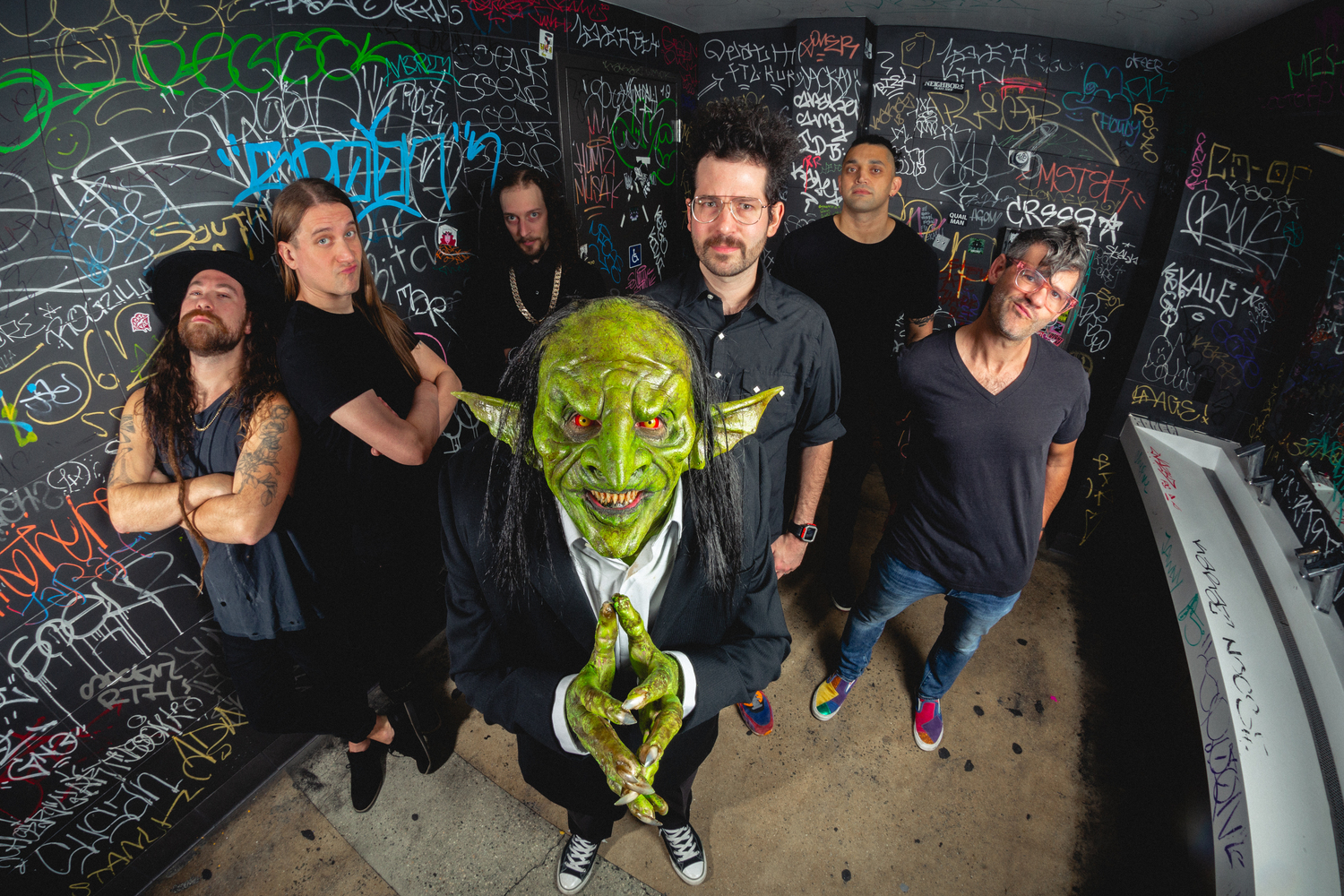 Nekrogoblikon is an American melodic death metal band based in Los Angeles, California. The group was formed in 2006, by Tim Lyakhovetskiy and Nicky Calonne. The band has released three full-length albums, Goblin Island, Stench, and Heavy Meta, and one EP, Power. The band’s music centers around goblins. 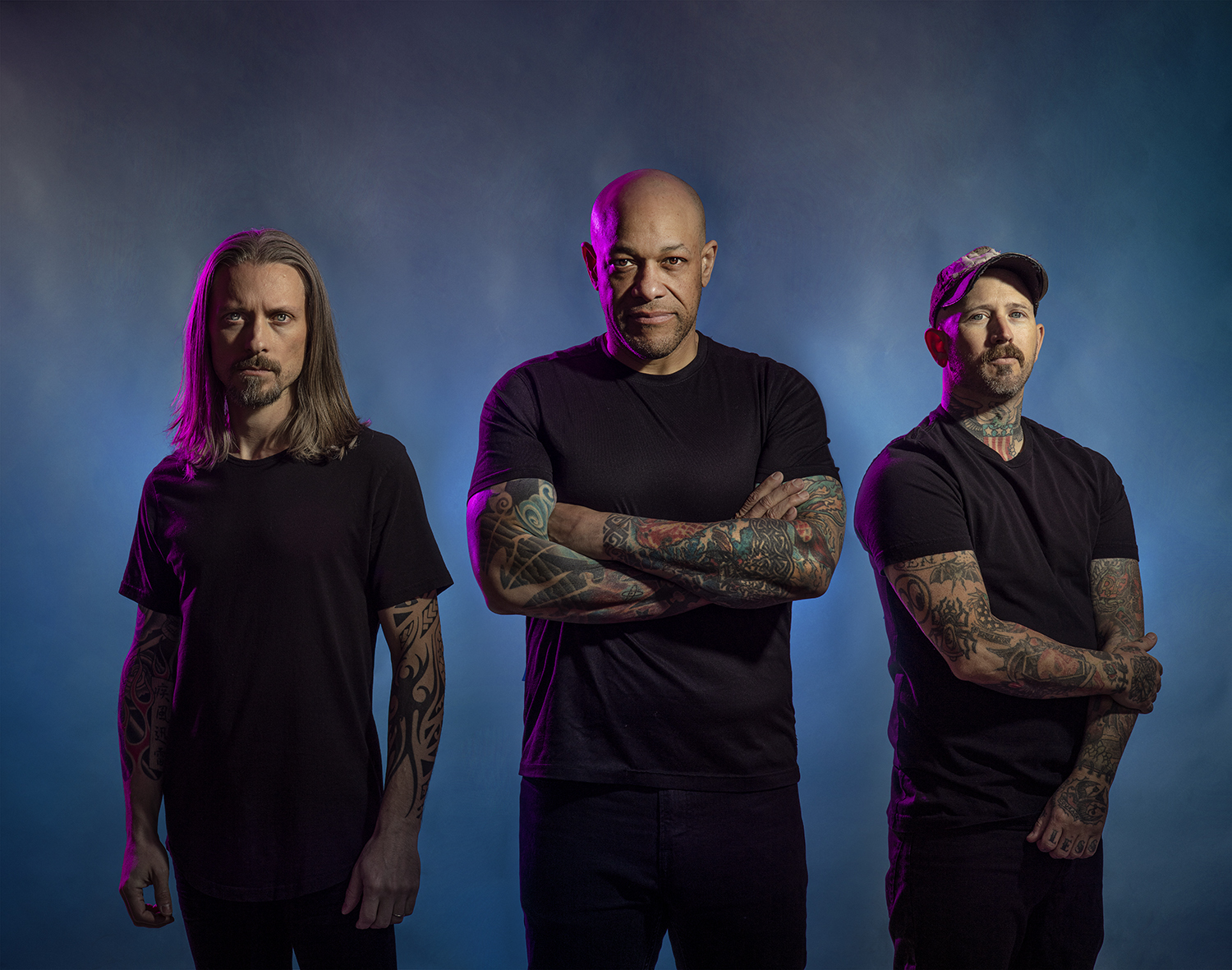 Since emerging in 2018, Light The Torch has grown stronger in lockstep together as a band and as friends. Through this growth, the Los Angeles trio—Howard Jones [vocals], Francesco Artusato [guitar], and Ryan Wombacher [bass]—only enhanced their signature sound. Upheld by head-spinning seven-string virtuosity and skyscraping melodies, the group crafted twelve no-nonsense anthems on their 2021 second full-length album, You Will Be The Death of Me [Nuclear Blast].

The group shot out of the gate as a contender on their full-length debut, Revival. It bowed at #4 on the Billboard US Independent Albums Chart and at #10 on the Hard Rock Albums Chart in addition to receiving acclaim from Revolver, Outburn, and many more. “Calm Before the Storm” racked up a staggering 14.5 million Spotify streams, while “The Safety of Disbelief” remains one of SiriusXM Octane’s all-time most requested songs. They toured North America and Europe with the likes of Trivium, Avatar, In Flames, Ice Nine Kills, Killswitch Engage and August Burns Red to name a few.

The guys returned to Sparrow Sound in Glendale, CA in late 2019 to once again work with the production team of Josh Gilbert and Joseph McQueen [Bullet for My Valentine, As I Lay Dying, Suicide Silence]. This time around, they also welcomed Whitechapel’s Alex Rudinger on drums.

In the end, the bond between Light The Torch burns brighter than ever in the music as they deliver a definitive statement with You Will Be The Death Of Me.

GWAR WITH SPECIAL GUESTS CROBOT, NEKROGOBLIKON, AND LIGHT THE TORCH
WEDNESDAY, SEPTEMBER 14, 2022
21+
THE VOGUE THEATRE
INDIANAPOLIS, IN
TICKETS AT THEVOGUE.COM