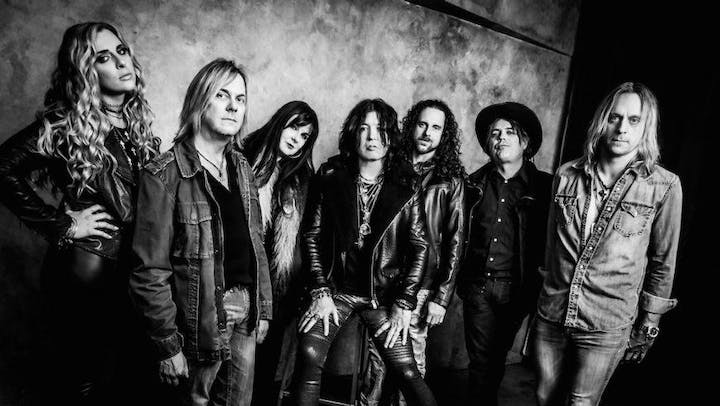 Best known as the singer-songwriter/ front man of the Philadelphia based blues- rock band Cinderella, Tom Keifer, is enjoying continued success and touring in support of his solo debut, The Way Life Goes.

Though he possesses all the fire and brimstone of Rock’s greatest front men, you would be hard pressed to find the versatility and dimension that Keifer brings to a stage.

Whether delivering heart wrenching ballads, such as Don’t Know What You Got ‘til It’s Gone, channeling the soul of the bluesmen of the past with his slide guitar and lap steel, or blowing sax on rockers like “Shelter Me”, Keifer is clearly one of the most unique singers and accomplished musicians in Rock and Roll. Combine that with his new band, Tony Higbee (Guitar/vocals), Billy Mercer (Bass/vocals), Kory Myers (Keyboards/Vocals), Jarred Pope, (Drums), Savannah Keifer (Vocals/percussion/Piano) and Kendra Chantelle (Vocals/percussion), and there is only one possible outcome- A high energy rock show combining all the classic hits of Cinderella with new favorites from The Way Life Goes that will only leave you wanting more.