Madmen Across The Water is a first rate band dedicated to the universally loved and respected music of Billy Joel & Sir Elton John.

Built around the solo act of Joe D’Amato, Madmen Across the Water was put together expressly for the 2012 Mother Lodge Festival in Louisville, Ky. They were so well received they were drafted to perform again at the festival’s closing event.

Performing the music of Sir Elton John & Billy Joel since 2012

Since then they have performed at venues including Elizabethtown, KY’s Street Festival, Headliners Music Hall, Mercury Ballroom, Jeffersonville, IN’s River Stage, Abbey Road On the River (along with other world class tribute bands), Horseshoe Casino, French Lick Resort, Caesars Palace Casino, multiple appearances on WHAS television and others too numerous to mention.

Madmen Across The Water also includes Butch Ellis, Rob Edwards and Larry Bourne. These guys go to extremes to recreate the exact album arrangements and at one time were (wrongly) suspected of singing along to studio recordings. They are that good. 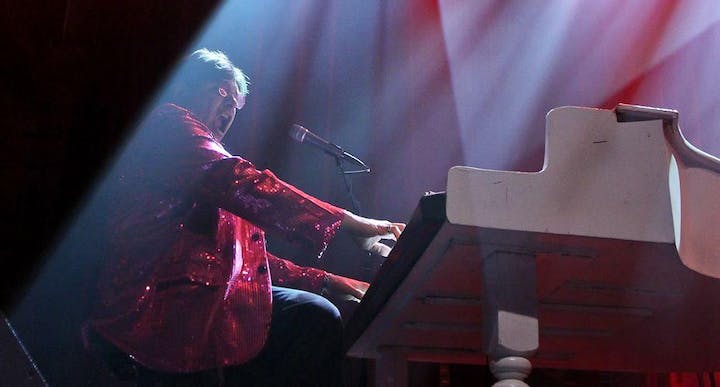