“We don’t ever try to recreate what we’ve done in the past,” explains Jesse. “We knew we had to challenge ourselves to see what we had in us. If it’s not stressful, you’re not challenging yourself to grow. From the beginning, music has always been therapy and an outlet. We let ourselves enjoy the process, be vulnerable, and talk about those emotions. We got back to why we love music with the maturity of where we’re at in our lives. We were able to harness that love of creating from a wiser and more developed perspective.”

“We were hard on ourselves,” admits Brian. “It was more intense than during records past, but it was worth it. The outcome was exactly what we wanted it to be.”

For nearly two decades, 10 Years have quietly pushed themselves and modern rock towards evolution. Building a formidable catalog, the group’s gold-selling 2005 breakthrough The Autumn Effect yielded the hit “Wasteland,” which went gold, infiltrated the Billboard Hot 100, and clinched #1 at Active Rock Radio and #1 on the Billboard Alternative Songs Chart. They landed three Top 30 entries on the Billboard Top 200 with Division [2008], Feeding the Wolves [2010], and Minus the Machine [2012]. Most recently, 2017’s (How to Live) As Ghosts marked a reunion between Jesse, Brian, and Matt and achieved marked success. Not only did the album bow in the Top 5 of the US Top Hard Rock Albums Chart, but it also yielded the hit “Novacaine.” The single ascended to the Top 5 of the Billboard US Mainstream Rock Songs Chart and tallied 16 million Spotify streams, alongside 29 million streams across all dsp’s. The cumulative total for all track streams from repertoire on How To Live (As Ghosts) exceeds 51 million plays. Along the way, they sold out countless headline shows and toured with everyone from Korn, Deftones, and Stone Sour to Chris Cornell and Linkin Park. During 2019, these three musicians headed to Los Angeles, rented an Airbnb in Woodland Hills, and spent five weeks recording with GRAMMY® Award-winning producer and Feeding the Wolves collaborator Howard Benson [My Chemical Romance, Halestorm, Papa Roach, Three Days Grace].

When talking to the band members they share, “Time spent in the studio or simply collaborating on our vision was a catalyst in reaching creative clarity like we’ve never had before. It reminded all three of us that this bond created over the last two decades is best served when individual voices becomes collective vision. It was fun, because we were back to being brothers. No matter how frustrated we might get, once we looked out at it, the energy was unexplainable. Our mission was to really connect with the songs, break them down, and build them back up.” Brian adds, “The younger versions of us would’ve been going to Hollywood every night and partying. It was different. We actually came up with a lot of ideas, melody tweaks, and had really good brainstorming sessions in the car on the PCH. The whole vibe contributed to what the record is. All we cared about was writing and recording the best songs we possibly could. We felt like we had something to prove, especially to our A&R guy and the President of North America for Mascot Ron Burman.”

They prove it on cuts like the first single “The Shift.” Melodic guitars slide across a caustic beat before a rush of distortion ignites the refrain, “We are a violent virus, without a remedy.” “Lyrically, it’s about the polarization of society and the human impact on the earth itself,” states Brian. “We were thinking about how humans can be a virus to the Earth.”

“While in the studio last fall, we were looking at the state of the world as we wrote ‘The Shift’,” Jesse reveals. “As a society, we’re so distracted that we’re not united. When the pandemic happened, it became so important to finally see the positivity of humanity. We’ve realized we’re all in this together. You can pick a side, but we’re sitting in the same realm.” Airy keys echo through “The Unknown.” It builds towards a sweeping celestial chorus. “We’re in a wide-open world we’ve created, but we have to step back and look at where we are and adapt,” continues Jesse. “We’re all in the unknown right now.”

A clean riff snakes past the verses of “Without You” before a hypnotic hook unfurls. The instrumental “Planets” interludes thread the album together with soft piano and acoustic as a counterpoint to the explosive energy of “Cut The Cord” and “Start Again.” There is a broad, dynamic range of repertoire on the new album as exhibited by the lead single “The Unknown”’ and its opening with ominous yet hopeful piano notes alongside Jesse’s lamenting uncertain times in the vocals, to the heavy drums and distorted guitars on “Déjà vu.” Everything culminates on “Say Goodbye.” The conclusion’s cinematic soundscape and poignant lyrics bid farewell to Jesse’s late grandfather and emphasize “the band at our most vulnerable,” according to the frontman.

Meanwhile, the title speaks to an overarching theme. “We came back to this quote, ‘There’s a strange power in the joining of unlike things’,” remembers Brian. “There is something incredibly special about how we create. Violent Allies is the perfect way to summarize it. We go through hell facing all challenges head-on, but the final product is worth it. Simultaneously, it reflects the state of divisiveness in The World. Everything is so political. Everyone is angry at each other. We’re better when we come together though.”

In the end, 10 Years keep growing as Violent Allies. “This record wasn’t just another record,” Brian leaves off. “It’s the result of working hard to improve on all levels. There’s a lot to dig into. It’s a graduated state for the band.”

“After all of this time, 10 Years is a brotherhood,” Jesse concludes. “I’ve spent the better half of my life accomplishing what I never thought was possible with these guys. It’s been an unexplainable, crazy, and awesome journey since Brian first asked me to join the band on his 19th birthday. We’ve beat the odds and continue to live life. It bothers me when people don’t try to push themselves to enjoy what life has to offer. Life is beautiful, if you really go for it and try. It can show you beauty—and that’s what this band has shown me.” 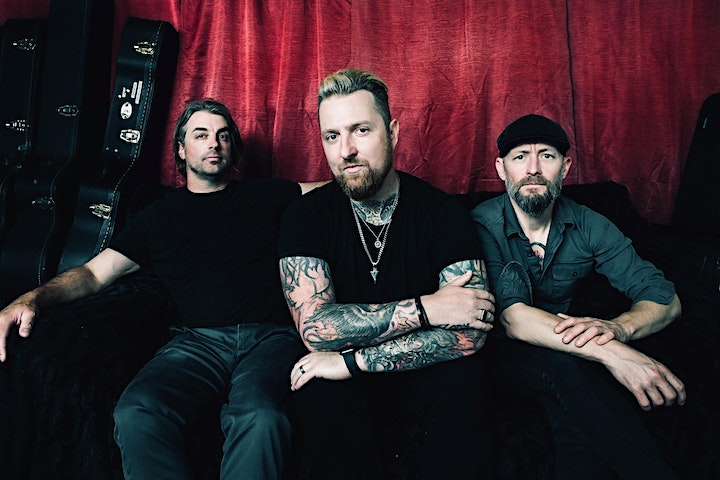 A muscular American post-hardcore/hard rock trio with an impressive pedigree, San Francisco’s Black Map is the creation of Dredg guitarist Mark Engles, Far drummer Chris Robyn, and Trophy Fire vocalist/guitarist Ben Flanagan. Formed in 2014 while the group members’ respective bands were on hiatus, the trio issued its debut EP, Driver, shortly after forming. Black Map’s full-length Minus Head Records debut, …And We Explode, dropped just eight months later, and drew favorable reviews and comparisons to bands like A Perfect Circle, Deftones, and Chevelle. The trio moved to eOne for its sophomore long-player, In Droves, which arrived in 2017. 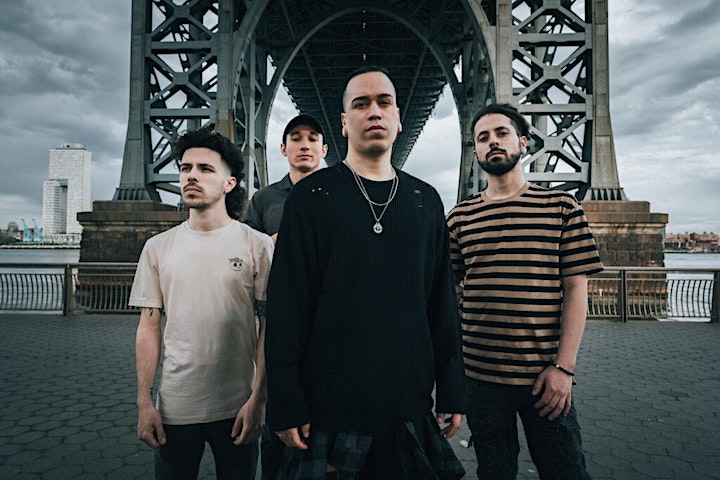 VRSTY (Varsity) is an R&B and post-hardcore infused band from New York City.